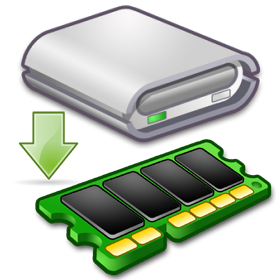 I had some folks from our .NET development team come to me with a problem today – their ASP.NET code was taking forever to recompile after updates to the code base. But these guys are cool – they came with a proposed solution (most people who grace my office door are simply dropping off problems). Their solution? A RAMDisk mounted in a VMware Windows guest.  I give them credit for a novel approach, but I could see some issues:

I did some Googling around and couldn’t find any decent info.  I did find a few hits on people running VMware guests entirely inside a RAMDisk – a concept that peaked my interest almost enough to think about trying it just to say I did….  Have any of you experimented with a RAMDisk inside a VMware guest?  If so, what did you take away from the setup?  Was there a performance gain?  Where there gotcha’s?  Leave a comment if you have experience, guesses, or advice on this idea.