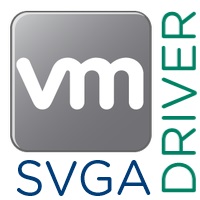 If you followed the KB1011709’s original advice and did a custom install of VMware Tools (leaving out the SVGA driver through a custom install), you may have to do a re-install of VMware Tools before the new driver is available.   Once you get VMware Tools upgraded, the new driver can be found in the guest VM at C:\Program Files\Common Files\VMware\Drivers\wddm_video.  These drivers are not automatically installed, so you’ll have to update your guest’s video adapter driver in Device Manager.

It’s a bummer that the WDDM SVGA drivers are not automatically installed.  You could  probably copy these drivers to other VM’s and use Windows Device Manager to replace the standard driver with the newer WDDM driver without having to do the uninstall, reboot, reinstall of VMware tools on all of your VM’s.

Just as I was about to publish this, I saw a TweetDeck pop-up from @jasonboche saying that he had published pretty much the same update here: https://www.boche.net/blog/index.php/2010/03/28/windows-2008-r2-and-windows-7-on-vsphere/.  Not only does he have pretty pictures to go with his post, but also points out that VMware Tools installs/upgrades executed with VMware Update Manager (VUM) will not install the upgraded SVGA driver.  He also recommends updating templates to include the upgraded drivers.  Great points, Jason.