For those who read my sporadic posts here on VMtoday.com with any sort of regularity, you know I love crunching numbers – give me some perfmon, esxtop, or vscsistats and let me go to town.  There’s something cathartic about poking, prodding, and analyzing some performance numbers to find the root cause of a problem, the perfect sizing for a new environment, the right number of spindles for my workload….  It’s easy to get lost in those numbers, forgetting to step back and look at the bigger picture.  So rather than write the obligatory post on VMtoday’s 2nd anniversary/Christmas/New Years/Three Kings Day/whatever-the-kids-are-celebrating-these-days, I figured I might do a little analysis of , well, me, and give you all a peek behind the vCurtain I sometimes hide behind. 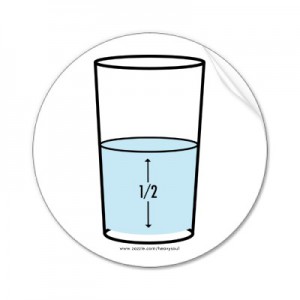 2010, simply put, was a very hard year for me.  Some of you know that my wife, Stephanie, has been dealing with a decade of a medical mystery leaving her in constant pain that affects our daily routines, relationships, faith, and family more than I ever could have imagined.  We’ve both been running on empty for some time, and I was ready to crack (Stephanie, being a much stronger, patient, loving, kind, gentle, self-controlled individual than I actually seemed to be faring better).  Stephanie and I decided to try one last ditch effort to get a diagnosis over the summer, starting with a detox of all of her medications.  Take a wife out of commission, throw in a couple of crazy kids, some increased work stress, and I’m done.  More pain, more frustration, more anxiety, no answers….  There’s no numbers to crunch, nothing to analyze… just the brutal realization that life is tough.  Tough being patient with my wife, friends, kids, and coworkers; tough finding time to blog; tough watching colleagues land some awesome new gigs as v-Something-or-others while feeling trapped by the realities of our situation…. But that’s me being a negative-nelly, working the glass-is-half-empty bit – something I’m too often prone to do.

You see, there is a bright side to all of this.   Over the past year, I have learned the depth of my love for Stephanie (and hers for me) as we have walked together through this trying time.  I have realized the goodness of so many people – family, friends, neighbors, co-workers, colleagues in the virtualization community – who have taken a moment to speak (or tweet) a word of encouragement, shown me patience and love, or have been there for a good laugh when I needed one.  An employer who has gone above and beyond to be sensitive to our situation, while rewarding my hard work with additional responsibility and unprecedented opportunity.  And we’ve received some good news – Stephanie got a diagnosis late in November that could explain, in large part, her various symptoms of the past 10 years (a chronic CSF leak leading to what is best described as an acquired Chiari malformation for those who want to know).  For the first time in a long time we felt hope, and many of you celebrated this bit of a victory with us.  There are some corrective procedures that we are currently investigating with Stephanie’s medical team.  An end is imaginable, if not yet in sight.  And we are better people for it on this side of the year than we were at the beginning.

So thanks to everyone who has helped, encouraged, and prayed for us.  I look forward to returning to a bit of normalcy, giving back to those who so freely have given to me over the past year, good health, faith and hope.   That’s the big change – I had given up on all of these.  But enough self pity is enough – I’m all in on embracing hope, on enjoying the little things, and being content with all the blessings I have (instead of worrying about what little I might have lost).  Oh yeah – and, for what it’s worth, I look forward to finding a bit more time to blog, give back to the virtualization community, and take on new challenges in the coming year.  Here’s to hope in 2011!