Tuesday’s general session was focused on giving a little more of a deep-dive on a few big items – VMware NSX, VMware vCloud Automation Center (vCAC, pronounced vee-cake), VMware VSAN, and VMware vCloud Hybrid Service. Since we covered the high points on these yesterday, I’ll spare you the repetition. Here is what I thought were the highlights of the keynote: 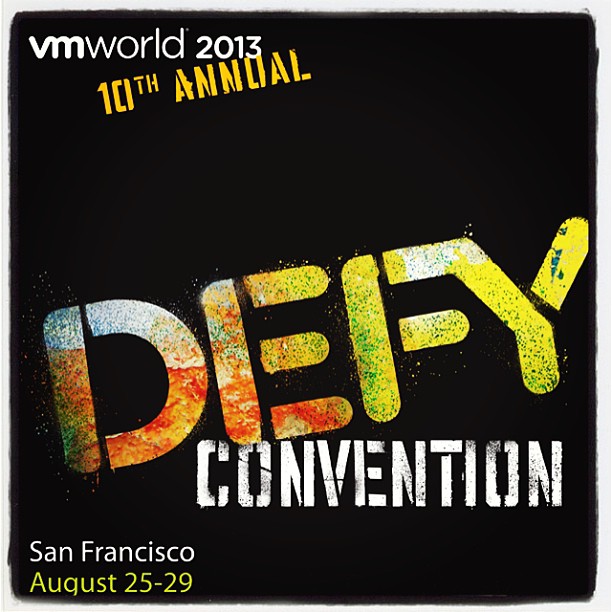 It’s hard to believe that VMworld 2013 is upon us.  Before last year’s show I wrote a couple posts on my predictions for VMworld 2012 (here and here).  A good number of my predictions were correct on new products, services, and overall direction for VMware.  Emboldened by my future telling success, I thought I would try to do the same this year.  So without further ado, here’s what I see coming at VMworld 2013, based on the VMworld 2013 Content Catalog, earlier announcements, rumors, social media hints, and pure conjecture.

We’ll certainly hear a reinforcement of these core concepts, as well as some explanation of why some of the VMware product portfolio was shed (to make room for greater focus on the core, no doubt).  The products that have been divested over the past year include:

We also saw the transfer of several other assets (including GemFire, SQLFire, vFabric, Cloud Foundry, RabbitMQ, SpringSource) to a new joint EMC-VMware initiative called Pivotal, led by previous VMware CEO Paul Maritz.  The shifting of this set of intellectual property allows VMware to better focus on their core mission while keeping new and emerging big data, web services and *aaS technologies in the family.

I suspect that we’ll hear some talk of how some of the Pivotal technologies will be spun back into products like the VMware vCloud Hybrid Service (announced earlier this year).  This will offer expanded cloud/web services (as opposed to just running VMs somewhere else) in vCHS, enabling better competition with Amazon Web Services.  I expect to hear more about running Platform as a Service (PaaS) in vCHS (PHC5208 – Developer Services on vCloud Hybrid Services) as well as Object Storage as a Service in vCHS ( PHC5734 – VMware Hybrid Cloud – An Introduction to Object Store).  I’m curious to learn if this Object Storage Service will be based on EMC’s Vipre, OpenStack Swift, a Pivotal developed offering, or some combo of all of the above.  I hope this is all done in the context of expanding options and improving multi-cloud/hybrid-cloud management for customers, and not in a competitive ‘if a workload is deployed to Amazon we all lose‘ tone.  AWS is ahead in offering cloud web services.  VMware is top dog in running VMs.  Expanding vCHS will help VMware compete with Amazon’s offerings, but a customer-first approach to supporting hybrid/multi-cloud deployments is critical to VMware’s success in leading hybrid cloud solutions, just like they’ve led private cloud solutions.  Gartner’s Chris Wolf nailed it in his article here: https://blogs.gartner.com/chris-wolf/2013/08/19/vmworld-2013-will-vmware-regain-its-voice/.  I truly believe that by tightening its focus, executing with excellence, and engaging the community and ecosystem VMware can maintain and extend its leadership in an evolving hybrid cloud marketplace.

VMworld is the traditional time for announcing a new release of vSphere.  This year is no different – we’ll definitely see a new revision of vSphere this year.  Rumors and leaks place the version at 5.5, breaking with the major release (4.0, 5.0) one year and a point release (4.1, 5.1) the next year.  This will be the first .5 release since ESX 3.5 in December 2007.  With a .5 release I wouldn’t expect a ton of new functionality, but a general increase in scalability, stability, and broadening of the platform with the integration of other new products and services.  For example, we’ve heard about vVols for a couple years – vSphere 5.5 may finally provide the underlying platform to support vVols (STO7449 – Tech Preview: Accelerating data operations Using VMware VVols and Storage Profile Based Management).  We’ll also see improvements in core vSphere automation – Network DRS and predictive DRS migrations are coming, as are software defined storage elements (vSphere Flash Caching, vSAN and technology from the Virsto acquisition).  The storage enhancements have the potential to be disruptive to some of the newer flash-cache vendors like PernixData, ProximalData, SanDisk FlashSoft, EMC XtremSW, OCZ VXL, Fusion-IO, IBM FlashCache, etc.  We’ll also get at least ‘Tech Preview’ treatment of multi-vCPU support for Fault Tolerance (BCO5065 – VMware vSphere Fault Tolerance for Multiprocessor Virtual Machines – Technical Preview).

I think this is a long shot, but a boy can dream – a radical restructuring of vSphere licensing to accompany the vCloud Suite announced last year.  I briefly laid out what this could look like last month in my Multipathing Support in vSphere Standard Edition post.  I suggested that vSphere Enterprise Plus be the only vSphere edition offered, then build on that with a vCloud Suite with automation bundle (vSphere, SRM, vCloud & vCOps), and a Hybrid Cloud Suite that adds vCloud Automation Center (vCAC), vFabric, and maybe even a small amount of vCloud Hybrid Service credits.  This would make purchasing much simpler, pushing customers towards more automation and hybrid offerings.

The Nicira acquisition is taking off under the VMware umbrella.  Not only is NVP getting press and content catalog coverage, but VMware’s NSX Network Virtualization (https://blogs.vmware.com/vmware/2013/03/vmware-nsx-network-virtualization.html) will be touted as a critical technology in enabling the hybrid cloud.  There are a ton of sessions at VMworld 2013 on NVP and NSX.  I’ll be interested to see how these are folded into core product offerings.

The VMworld Content Catalog has some teasers on what to expect around the Horizon End User Computing products.  I don’t anticipate a ton of announcements in EUC – they tend to come around VMware’s Partner Exchange Conference in the first quarter.  That said, watch for improvements to ThinApp (EUC4629 – ThinApp 101 and what’s new in ThinApp next version), some new Mirage functionality (Windows 8 support?), and small improvements to Horizon Workspace and View.  Finally, some cool announcements around VMware’s EUC product set within vCloud Hybrid Service (EUC7370-S – The Software-Defined Data Center Meets End User Computer) are coming.  This is exciting as it opens the door to better Desktop-as-a-Service offerings, as well as Desktop-Disaster-Recovery options.  A tweet from VMware CTO for EUC Scott Davis suggested that EUC7370-S will have some exciting announcements on Monday night before press releases for the announcements drop on Tuesday, so keep an eye out if you want to be the first to know.

There’s a bunch going on here – vCenter Operations Manager updates, DevOps tools (Puppet in particular) and how they tie into hybrid cloud management (including vCHS), and hopefully some content on the vCloud Automation Center software (although the VMworld Content Catalog is very lacking around this).

For those not able to make to to San Francsico this year, hook yourself up to the VMware vExpert feeds and EMC Elect feeds – blogs, Twitter, G+.  The Clearpath team will be posting updates on the Clearpath Blog during and after the show, so subscribe to updates there too.  There’ll be a ton of content to ingest.  Follow up with your local VMware User Group for post-VMworld updates and discounted/free access to recorded VMworld sessions through the VMUG Advantage program (this was offered last year – hopefully to be repeated this year).

I’m more excited for VMworld this year than I have been over the several past years.  The industry is at the edge of another big wave in innovation – hybrid cloud management, automation, converged compute, flash-based storage (any guesses on how many new flash/hybrid storage vendors we’ll see at VMworld 2013?  I’m guessing at least 30)….  I’m hoping this week will help me re-focus on the future so I can better steer my company, customers and own career in the right direction.

Stay tuned for more updates on VMtoday throughout the week – it’s gonna be fun!

The Potomac Regional VMware User Conference is just a couple days away.  We still have room for more attendees, so we are offering a Refer-A-Friend reward for folks who get their IT associates to come out to our awesome, free, full-day customer-focused event. The day will offer in-depth technical sessions, demonstrations, exhibits, and networking opportunities that will feature the latest in virtualization, cloud computing and mobility.

Refer at least 3 friends, and all 4 of you each have a chance to win a $100 American Express gift card!* Simply have your colleagues enter your name under the referral line during registration.

In addition to a keynote presentation from VMware’s Chris Colotti on How To Build Your Hybrid Cloud and Consume the Public Cloud, we will be offering the following educational and networking opportunities:

You can visit the Event Details Page for a detailed agenda and schedule of events, as well as registration details. Be sure to share this meeting information with your colleagues!

*Must have at least 3 referrals and no more than 7 to qualify for the raffle, winners must be in attendance at the event to receive the prize. 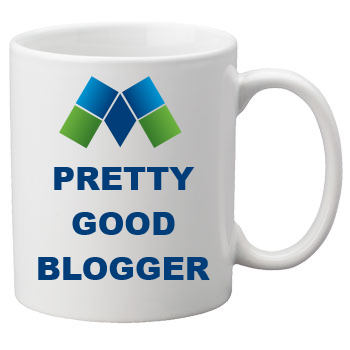