You are here: Home / Archives for journey 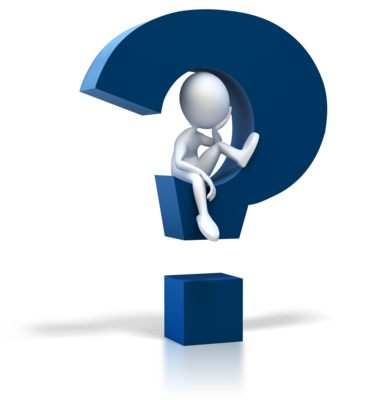 I’ve been reflecting a bit tonight on my vJourney so far as I sit in my hotel room before VMworld 2013 kicks off tomorrow.  I just realized that I’m coming up on five years of blogging on VMtoday. It’s been a very cool experience seeing people around the world take an interest in what I have to say, and even more awesome getting to know my fellow vExperts and readers on a personal level. I’ve strived to keep it real and personal, relating to real VMware users, not tossing out some fluffy cloud B.S. that has no bearing on what the real admin experiences every day in their job. I’ve got a few things in mind to celebrate five years of blogging, but thought I might start with a little autobiographical info.  I wrote this up for a vExpert spotlight last year but never got it published, so I thought I would drop it here.  My personal story is still unfolding, but I hope that some of what I have learned over the years can help others who want to follow a similar path.  So without further ado, here’s my story:

How did I get into IT?

It was September, 2001 and I had just moved to Washington, DC after graduating with a degree in Political Science and International Relations, intent on getting a government job, running for president, and changing the world.  And I had a fancy diamond ring ready to put on the finger of my future wife (and all the debt that goes with an engagement ring).  The next week the world changed with the 9/11 attacks and the subsequent anthrax attacks and the DC snipers.  With these terrible events, the job market in DC for entry level positions in federal offices dried up.  To top it all off, my finance ended up in the hospital for an extended stay with what would be the beginning of a 12 year medical mystery [Side note: turns out her brain leaks – a still undiagnosed connective tissue disease that causes the membrane around her brain and spinal cord to tear open and not close up.  This lets her cerebrospinal fluid (CSF) leak out so her brain doesn’t float.  Talk about a headache (and then she has to put up with me on top of it)!].

Without a job to pay for the ring, I was sitting by her hospital bed wondering if I could slip the ring off her finger and take it back while she slept, feeling like the world’s biggest loser.  As I was sitting there in her hospital room my cell phone rang – it was my wife’s aunt.  She told me that their company, NetCentrics – with contracts in the Pentagon and with commercial clients in the DC area, needed some help with a few small projects.  The projects were simple desktop deployments – put the PC on the desk, connect cables, move on.  But it paid.  So I took on the projects and put everything I had into doing the job with excellence (with Quality, in the metaphysical sense for those who have read Xen and the Art of Motorcycle Maintenance) – neatly wrapping and wire tying all the cables, cleaning monitors before moving to the next station, making sure everything powered up and worked correctly.  I guess they were impressed with my hard work and offered me a job despite having no IT experience.  I continued to bust my butt to learn more, built my first home lab, earned my MCSE on Windows 2000, and constantly requested bigger and harder projects that challenged my abilities and forced me to grow.

I continued to push myself as I took on more complex engineering tasks, eventually taking on new projects and roles, exploring new technologies, and always striving for technical excellence and lasting quality in my work.
How did I get into working with VMware and end up being honored as a vExpert?

While at NetCentrics, the company developed the official David Allen Getting Things Done Outlook Add-in.  I did beta testing on the initial release, in addition to my regular duties as a network engineer.  We got a beta copy of VMware Workstation 3.0 – the first version of the product to really take off – to help in staging test environments with different versions of Windows and Office.  I saw the potential and was immediately hooked on virtualization.

At the same time we started working with VMware Elastic Sky X 1.0 (ESX) and VMware Ground Storm X (GSX) servers, building out hosts to run test workloads and even some light production workloads.   I knew as soon as I saw the technology in action that it would be a big driver of change – little did I know how big.

As I progressed in my career, I took on an IT Manager role at a VC-backed startup in 2005.  Server growth was explosive – we needed running versions of every version of SAP software in unicode and non-unicode, Big Endian and Little Endian.  We also had some Oracle, PeopleSoft, Hyperion, and JDE thrown in for good measure.  My little server room was reaching critical mass and I needed a solution.  I turned to VMware and EMC and built out an infrastructure with a virtualization-first policy, reaching 90+ percent virtualization for hundreds of servers over the course of a few months.

With that experience, I dug in deep on VMware technology, earning my VCP and attending VMworld conferences.  I started blogging on VMware-related topics on https://vmtoday.com and engaging with the community though VMUG leadership and the emerging social media scene.  These activities earned me the vExpert designation in 2010, 2011, 2012 and 2013.  I spent three awesome years at the most family friendly, hard working, full of good people company I can imagine at Tiber Creek Consulting, where I had the privilege of supporting new custom big data and analytics applications in support of our nation’s war fighters in the National Guard and Army Reserve.

In 2012 I took on the role of Virtualization Practice Manager at Clearpath Solutions Group, allowing me to focus exclusively on VMware solutions, acting as an evangelist for virtualization technologies, an advocate for our virtualization customers, a mentor to our engineers and being responsible for delivering technical excellence in VMware projects.  A dream job with an awesome company, focused on awesome technology!

What would advice do I have for someone who wanted to get a job like mine?

Personal investment required – build a home lab, immerse yourself in the awesome books, blogs, and user groups written and run by my fellow vExperts in the virtualization community.  Small breaks may come (like the call from my wife’s aunt), but the onus is on you to use the opportunity to grow.

Take risks – I was criticized for suggesting production workloads on ESX 1.0 and told I was nuts for trying to virtualize hundreds of SAP servers on VMware in 2005.  Those risks paid off big for my employers and for me personally.

Take pride in your work – I paid my way through college by putting roofs on houses during the summers.  That job taught me tons about the value of hard work, team work, overcoming fear (although I’m still afraid of heights) and attention to detail.  Most importantly, it taught me how to take pride in my work – it’s awesome to take my kids back to my home town in New York and say “see that roof? I built that 15 years ago, and it is still going strong, protecting that family’s house.”  Knowing that you did something well and something that matters is key to job satisfaction (key to pretty much all happiness in life, really).  Take that same sense of pride and ownership into your work – put your all into it and build for lasting quality.  It will pay huge dividends for you personally and professionally!