You are here: Home / Archives for virtual hardware

I recently posted an article on how specific actions during the upgrade of a VMware Virtual Machine’s hardware from v4 to v7 can cause problems with certain services, including DNS, DHCP, and WINS. In that case, the problem was related to Microsoft Windows leaving non-present devices with networking configurations and  the failure of the VMware Upgrade Helper service to copy WINS settings when updating the NIC.  As my fellow blogger and VMUG leader, Jason Boche, responded on Twitter: “Same gotchas, different version.”  And right he is – anyone with experience in P2V or V2V, or who has been working with VMware long enough to have done a 2.5 to 3.0 upgrade experienced the same gotchas. 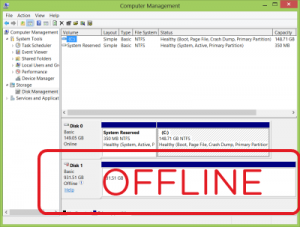 You may also experience similar issues when upgrading the vSCSI adapter in a VM from a standard LSI Logic Parallel SCSI adapter to a (new in vSphere 4.0) paravirtualized SCSI (pvSCSI) adapter, move virtual disks to new vSCSI adapters to increase the number of concurrent disk IO operations, or when you change the SCSI node ID of a virtual disk.  These may all trigger a re-discovery of the disks by the Windows Virtual Disk Service, leaving data disks offline on Windows 2008 Enterprise and Datacenter Edition guests.

In my opinion, these issues are not reasons to forgo upgrading your virtual hardware version.  However, when your upgrade/migration plans call for upgrading the virtual hardware version of your guests you should be prepared to resolve any issues caused by ‘ghost hardware’, offline disks, and the like.  Both the MSDN and VMware articles I cited above offer workarounds for the offline disk issue.  Here are the links again: