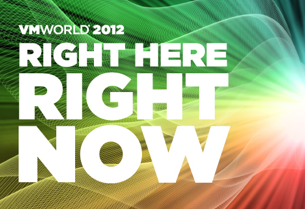 Another great day at VMworld 2012 in San Francisco.  This morning’s keynote featured VMware’s CTO Steve Herrod explaining VMware’s vision for end user computing (EUC).  We’re in the middle of a fundamental shift in EUC, where the days of IT telling users what to do are over.  IT needs to respond with new, transformative technologies to broker, secure, and deliver the apps and data that users are demanding to any device, anytime, anywhere.  To accomplish this, VMware has highlighted a few of their technologies in their growing EUC portfolio.

Next, Steve Herrod highlighted VMware’s recent acquisition, Wanova Mirage.  Mirage is a pretty slick technology that allows IT to layer the various pieces of a desktop environment – OS, apps, data – for simplified deployment and management of desktop/laptop assets.  Mirage fills the void of managing offline and mobile assets, while allowing the desktop computing environment to utilize all of the horsepower of today’s modern PC equipment.  Mirage also brings new options for desktop DR, deployment, and upgrade.

A cool demo of Mirage in action grabbed everyone’s attention – an in-place upgrade of a mobile user’s Windows XP laptop to Windows 7, complete with application and user data migration.  When the user lost his laptop, the same image he was using on his laptop was pushed, with Mirage, to View where the user could quickly resume work from his iPad with all his apps and data in place.

VMware also showcased what they are calling Project AppShift for User Interface Virtualization (UIV).  UIV provides a slick overlay, giving tablet users an optimized UI for interacting with Windows, including touch, gestures, and mobile-friendly menus.  This will make the View experience from Android and iPad tablets much better.

These technologies will be in beta later this year, and General Availability expected in the first half of 2012.

Tonight, Clearpath will be hosting a customer dinner for those who are in attendance at VMworld.  We’re looking forward to discussing these new technologies with our customers as we work together to map virtualization strategies against this weeks announcments.

We’ve had some pretty exciting announcements over the past two days at VMworld.  VMware is really flexing their muscle, proving that they are dead serious about going beyond simple server virtualization.  We’re plowing full speed ahead, delivering on the vision for cloud and now the Software Defined Datacenter that VMware has been painting over the past several years.car

Microsoft was apparently threatened by this vision at VMworld last year, and tried to paint VMware as a virtualization-only offering with their VM-Limited campaign (https://blogs.technet.com/b/jweston/archive/2011/08/30/vm-limited-meet-tad.aspx).  Microsoft portrayed VMware as a slimy 70’s used car (virtualization) salesman named Tad, pushing old fashioned virtualization while the industry moved forward in a cloud world.  Microsoft encourages you to “watch what happens when you try to buy a cloud solution from the wrong company”.   I’d point you to Microsoft’s VM-Limited site, but they have apparently pulled it down just in time for VMworld 2012.  Microsoft seems to have become their own Tad (or will become once they launch Hyper-V 3).  Guess that’s what happens when you fling FUD (Fear, Uncertainty, & Doubt)….

It left me wondering, what would Tad say now?  I know what I would say – Too Tad, So Sad.  And then I thought, let’s all say it in our own fun way, so I threw together www.TooTadSoSad.com so you can put words in Tad’s mouth.  Get creative and share!

Head to https://www.TooTadSoSad.com now and build your own Tad meme (or upload your own image for additional fun)! 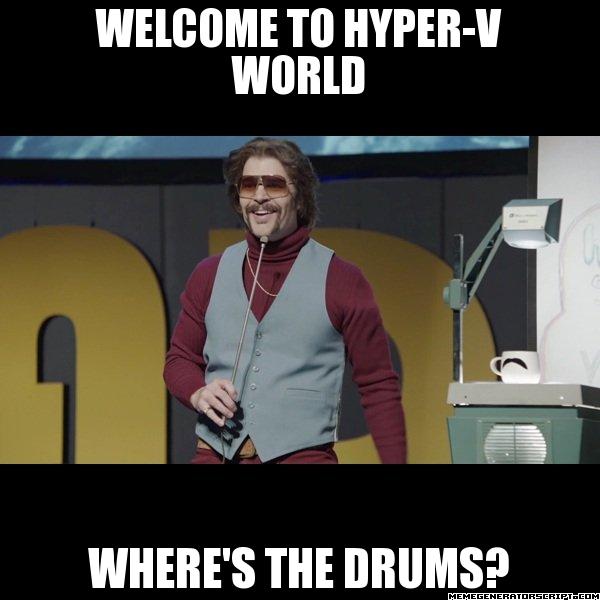 Today at VMworld 2012 in San Francisco, VMware announced the new version of their flagship product vSphere 5.1.  Version 5.1 builds on the success of vSphere 5, enabling more flexibility, scalability, and automation for running your private cloud of storage, network and compute resources.  There’s lots of coverage of vSphere 5.1 by the tech media, bloggers, and VMware, so I won’t cover all of the nitty gritty details, but I do want to highlight several that are of interest.  I’m saving some of the features for more in-depth posts, so stay tuned for more!

vSphere vMotion no longer requires shared storage.  Since the feature first debuted, shared (SAN and then NFS) storage was a requirement.  In vSphere 5.1, vSphere no longer requires shared storage.  This opens the door for SMB’s who don’t have the budget for shared storage to enjoy vMotion for proactive ESXi host evacuation.  The dropping of the shared storage requirement also implies that vMotion and Storage vMotion have converged into a single operation.  Being able to vMotion without shared storage opens new opportunities for using local storage (DAS) for VMware View (including SSD’s), and more vMotion support for stretched clusters and non-converged datacenters.  As of today, I’d still recommend shared storage, as a non-shared-storage vMotion of a VM of any significant size is potentially a long running operation as the whole VMDK must be moved from the originating host to the target host.

An updated vSphere Distributed Switch (VDS), with enhancements such as Network Health Check for end-to-end verification of VLAN, Jumbo Frame and teaming configurations (LACP is now a supported teaming config with 5.1), Configuration Backup and Restore, Roll Back and Recovery, and NetFlow 10, NetDump, and BPDU support for better diagnostics and monitoring.

vShield Endpoint is now included for free with vSphere 5.1.  VMware vShield Endpoint enables 3rd party endpoint security solutions to eliminate the agent footprint from the virtual machines, offload intelligence to a security virtual appliance, and run scans with minimal impact.  Not only does this reduce resource consumption within the virtual datacenter, but it places security services much closer to the physical entities we’re actually trying to protect – CPU, Memory, Disk and Network – by leveraging the unique vantage point of the hypervisor in the compute stack.

Larger virtual machine support – VM’s with up to 64 virtual CPU’s, 1TB of RAM per VM, and over 1 million IOPS per virtual machine.  This allows pretty much any workload to run on top of vSphere. These extended sizing attributes are available when you upgrade a VM’s compatibility mode (previously known as VM Hardware Version) to version 9 on a vSphere 5.1 cluster.

There’s plenty more features, these are just some of the highlights.  Certainly an exciting time to be a VMware professional! 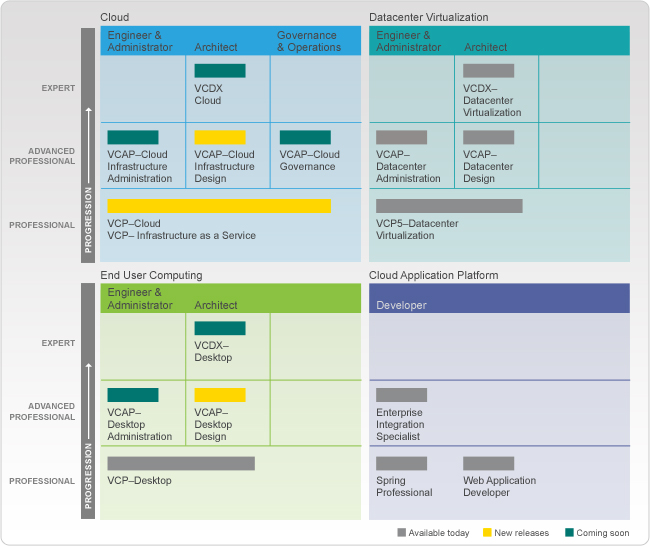 The complete list of current and pending VMware certifications under this new program is as follows:

I think the new certification strategy is good overall, but I don’t relish the thought of more tests to take.  Visit the VMware Certification site to learn more. 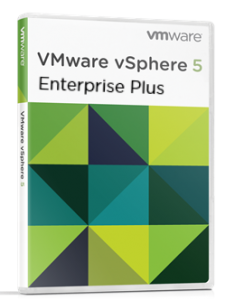 Look at your vSphere 5 box.  If it says ‘Enterprise Plus Edition’ you get a key — to the cloud.  That’s right – if you own VMware vSphere 5 Enterprise Plus edition, you now have VMware vCloud Director.  For free.  As I predicted in Reading the Tea Leaves Before VMworld 2012 Part 2, VMware has introduced a new pricing/packaging scheme called the vCloud Suite, which combines vSphere 5.1, vCloud 5.1, and vCloud Networking and Security into a new package called the vCloud Suite Standard.  And, if you own vSphere 5 Enterprise Plus today, you are automatically entitled to this upgrade at no charge.  You will need to claim the upgrade on https://my.vmware.com licensing portal before December 15th, or you lose your upgrade. Pretty awesome, eh?

There are also a couple other editions of vCloud Suite coming your way: Advanced and Enterprise.  Below is a chart of how the pricing and packaging breaks down.

You can now get to the business of building your own cloud, with all the tools you need for success, in some very customer friendly new packages!  Thanks, VMware!